In The Navy: An Historical Recap and a Trip Report

Dear patriotic people around the world and across the great US of A,

Have you been swept into the metaphorical ocean of the Navy by an overwhelming wave of military life, you poetically ask?  The answer is quite possibly a temporary yes, and I've also been living in a world mostly devoid of internet!  Well, the WiFi is here - I just don't have a computer with me.  That limits my online capabilities a bit! 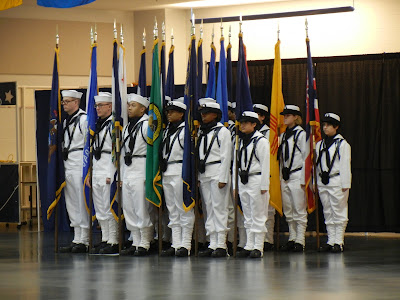 But here I am on a borrowed laptop (I promise I'll return it!), and it's time to let you all in on what has been the absolutely exhilarating, topsy-turvy, wild adventure of my life for the last month!

In early May, I left the rainy Pacific Northwest (yes, it poured the day I left, a familiar farewell for me I suppose!) with my Mom and my dear friend Little Chester, heading off the Mr H's Navy boot camp graduation in Illinois. 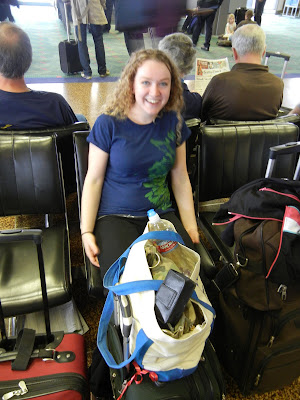 You may recognize her - she's been on the blog before as a member of the wedding party!

After the graduation weekend, I had booked some more time at the base hotel (it's very inexpensive).  Mr H's new training schedule would allow us a lot of time together - most evenings, and the weekends, barring the occasional duty.  He would still have to live in the barracks, but with me close by on base - just a ten minute walk away - we might be able to see each other almost every day.

My marriage is my priority - not my school, my job, my comfortable home, a big kitchen, or even being close to beloved family and friends.  Mr H is my priority.  This was a standard I set over two years ago when he put a ring on my finger, and I swore an oath of allegiance to him!

Tuesday morning, 3:30 AM ... A week after Mr H's graduation, I took an early flight and headed back home to Washington and in under 24 hours I prepared for relocation.  I packed everything I owned into one room (I had already boxed virtually all of our belongings when he left for boot camp, in anticipation of this possibility, and moved to an upstairs apartment at my cousin's home), negotiated a reasonable storage-utilities fee with my gracious host-cousins, and packed everything I thought I might need for the tentative foreseeable future (having no idea how long his training would last or where I would be living - hotel? apartment?) into my car.

This whirlwind of activity - from worming my way through stacks of boxes in my mom's shed to dig out dinner plates and mixing bowls - to sorting, boxing, and relocating all of my belongings at my cousin's house to fit into one bedroom - to organizing, packing, and stuffing everything I would need into my little Kia - could not have been accomplished without the sacrificial help of my willing sisters, brothers, and ever-supportive Mom!  None of us got very much sleep!

Wednesday morning, 6:00 AM ... My Mom and sisters had stayed up virtually all night Tuesday into Wednesday morning with me helping me cram, sort, box, re-box, arrange, and re-arrange all of my belongings from my two rented rooms into just the bedroom - leaving the second room open for my cousins to use, and lightening the rent a bit. We burned through almost two boxes of mini donuts and laughed until we cried, doughnut-dust flying everywhere (it didn't help that I found myself throwing doughnuts at my sister Jelly Bean around two in the morning, which was, according to my jet-lagged brain, actually four in the morning for me). Somehow, we survived and awoke more early than bright at six in the morning on Wednesday to begin the catastrophic storm of errands and appointments I needed to accomplish, and the final duty of packing my car.


And so it was that we arrived at Wednesday evening, with everything sliding onto home plate veritably seconds before my scheduled completion time of 8:30 PM, when I would drive to church and pick up my friend Little Chester, who would drive with me all the way back to Chicago, IL!  From Monday morning until Wednesday evening, I had had little more than seven hours of sleep, but I was fueled by the energizing passion of love and the arguably powerful drive of adrenaline!  On the road from my home to church, I kept finding myself speeding inordinately - I was ready to be on the road and heading back to my husband.

Wednesday night, 8:30 PM ... I found Little Chester at church amongst a swarm of beloved friends, including the pastor who had performed our marriage ceremony, and his wife.  They prayed over me and wished us well on the trip.  We threw Chester's bag in the car and I dumped a bag of maps on her lap.   I had no clue where I was going. "Which direction?" I shouted.  "Point me the way!"

"Drive this way!" she proclaimed, and so I did. 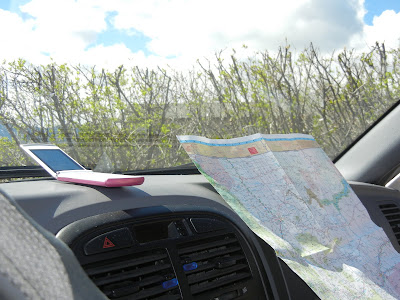 I drove and drove and drove until two in the morning, my blood vessels surging with energy and excitement.  Sure, I was getting sleepy.  I figured I must be, since I'd had naught but two naps over the last three days and nights.  But when Chester took over driving and I rolled up in the blanket for my turn to sleep, I couldn't rest.  My eyes wouldn't stay closed!  It wasn't until Idaho, and then into Montana, that I found myself dozing intermittently, awaking occasionally to ask Chester how she was doing ("Great! I am eatin' wasabi peas!" was her perky reply), to hand her snacks, to peer out into the darkness at the mountains and the snow and the ever so black blackness that surrounded us.

Thursday morning, we stopped at a tiny town in the sunshiny Montana mountains - and by tiny, I mean a few hotels and a selection of 1 gas stations.  We fueled up and I got a twenty ounce black coffee to start the day off right.  I settled into the Captain's seat and for the next 17 hours I was unstoppable, until by midnight we hit the Gateway to the Black Hills - Rapid City, South Dakota.

Hold it, you say!  It took all of seventeen hours to get from Northern Montana to Rapid City, SD?  Yes - we had to take a painful, laborious, circuitous detour through Yellowstone National Park in Wyoming due to flooding closures on the main highways in Montana.  It took us five hours out of our way, and we almost got hit by a roaming buffalo and a determined old lady behind the wheel of a Cadillac... we survived the experience shaken but unharmed!

In Rapid City, Chester took over driving and I collapsed in the passenger seat.  I think I was exhausted by this time because the next few hours are a blur of drifting in an out of sleep, and listening to pounding rain.  Despite downing a Starbucks doubleshot only moments before while hurtling across the long, flat highways through the desolate Midwestern America night, I fell asleep immediately.  It was around midnight; Chester drove heroically through sleeting rain for the next several hours, and I awoke to a fresh sunny morning in Minnesota. 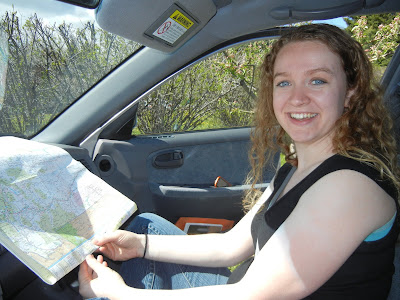 A Minnesota farmboy filled up our slightly deflated left rear tire, we gassed up and threw back a few more wasabi peas, and hit the road again!  We charged forward across amber waves of grain and the muddy Missouri River, skated through Wisconsin and then dropped down into Illinois. Friday evening, 4:30 PM Central ... And so it was that forty-two hours after leaving home and over 2,400 miles later, we wheeled triumphantly into the Naval base at 1630 (4:30 PM).  Chester racked up over twelve hours driving, and I - driven as I was by my desire to see my darling sooner rather than later - had a fat twenty-eight hours under my belt.

And so, here I am back on base - Chester has flown home to Washington, and I am living with a dear friend.  Her husband is also in the same program as my husband.

But that is a story for another day ... 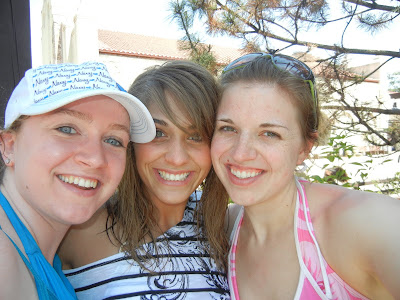 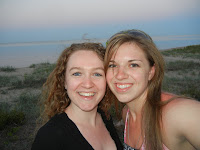 
P.S.  I bet you can't wait to hear about cooking in a hotel.  Hint: it requires more creativity than counterspace.

Next: Life in a hotel - the kitchenette makes an appearance!