And Jacob boiled pottage; and Esau came from the field, and he was faint.  And Esau said to Jacob, "Feed me, I pray thee, with that same red pottage, for I am faint." ... And Jacob said, "Sell me this day thy birthright."  And Esau said, "Behold, I am at the point of dying.  And what profit shall this birthright be to me?"  And Jacob said, "Swear to me this day."  And he swore unto him, and he sold his birthright unto Jacob.  Then Jacob gave Esau bread and pottage of lentils; and he ate and drank, and rose up and went his way.

To all who hunger,

It was a Thursday evening.  Seafoam and I were staying with the IncrediParents and the five kids that night, and driving down to the Navy base in the morning.  It would take us about an hour and a half to drive, and we would stay the weekend with our husbands in hotels.

Generally our plans change by the time we've put a period on the end of our sentence, so it was no surprise that evening when everything got turned into an uproar.

It was nearing seven in the evening, and my husband sent me a text.  They had finished working for the day, but the galley was closed so they couldn't fetch dinner there.  And the power had gone out in town!  They had walked to every place they could and, famished, still found nothing.  An enterprising ice-cream shop was selling cones as fast as they could for half price, and so the boys got some of those; but their bellies were still as empty as a blonde's head. 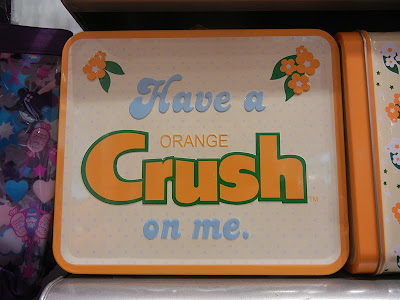 I got on the computer and soon found that the power was out in parts of Mexico, Arizona, and southern California from the south border up into Orange County.  We turned on the news and saw traffic reports fly in as the chaos piled up.

Meanwhile, the boys were starving.  They put in long hard days and needed sustenance!

Seafoam and I devised a plan.  It was simple, really.  Go to Costco, buy a bunch of pizzas, and drive down to see the boys that night.  We didn't have hotels - our reservations didn't begin until the following day, but hey, we'd cross that bridge when we got there.  It was well after eight o'clock by the time we were on the road with pizzas in the back seat, pedal to the metal (will I ever learn?  Don't worry, no coppers were out that night), and as we drove I told Seafoam my plan.

If I've learned anything about the Navy, it's that the many constituents thereof are happy to let you feed them and drive them around, and it doesn't necessarily occur to them to pitch in on the cost.  I'd love to do it all pro bono, but hey, we're all getting the same paycheck here.  I was going to squeeze some pennies out of them at great personal risk!

As we drove through the blackness, I was reminded of Montana.  No lights were visible because no power was to be had.  As night sank in, fewer and fewer cars passed us on the road because there was nowhere to go.  And, of course, we didn't know where we'd be staying the night.

We made it there by an impressive nine-thirty at night.  Sure enough, as I pulled up I saw a crowd of sillhouettes in the moonlight.  Like zombies, they staggered forward, clawing at the air and exclaiming, "Pizza, pizza!"

I made sure the doors were locked, and rolled down my window a crack.  "I'm not opening this door," I said, "until I see some money!"

Esau sold his birthright for a bowl of lentils.  What would a man do for a piece of pizza?!  I knew if I fed them first, and asked for payment later, they'd disappear into the mist and "forget" about the money.

Five dollar bills came poking through the crack in my window, and I heard my husband chuckling.  "The woman says five dollars!" he told a man who walked up looking for his pizza.  I got out and opened the boxes of now-cold pizza, and they descended like the locusts of Egypt.  A few guys heard the rumors of food and made off with the greasy delight without pennying up, but I was content that I made enough to cover the cost of the pizzas.

And now all we had to do was find a place to sleep.  One of the fine Navy gentlemen proposed the empty bunk in the barracks, but this suggestion (met with a scathing retort from my husband, and exclamations and colorful language all around) was politely declined by the gentle author.

But by the time the night was over, that offer was looking pretty good.