This is another drink that I remembered from halcyon days of youth, pined after, wondered if it still existed, then recreated in a moment of passion in the kitchen and fell in love with all over again.

Yes, that reigning king of summer drinks, that magnificent and frothy, foaming and chilly, smooth and perfected ... 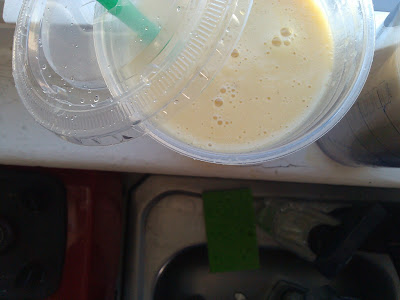 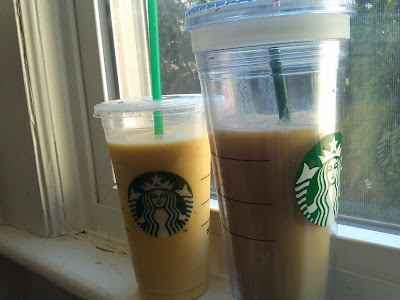 Drink it and weep, knowing that forever now the power is in Your Hands to make the world a better place.  Make an Orange Julius!  Dreamy, creamy and sweet ... and no sugar.

Called Orange Julius after the name of the inventor ("Give me an Orange, Julius!"), this American concoction predates the Depression.  It was first sold in 1926, and became wildly popular for it's soothing and creamy texture.  It was named the official drink of the 1964 World's Fair in New York, and things just went uphill from there. 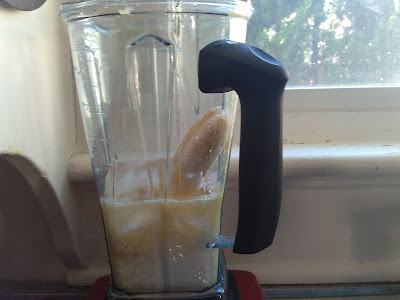 Orange Julius
The quintessential West Coast drink, the undisputed champion of oranges, the magical and daringly nutritiousal drink this is.

Serves 1 me, probably 2 you

Blend to kingdom come and serve frothy and creamed in a large glass or jar.

* The average orange juice concentrate container is 12 ounces, so you can just use half a container for this.  Saw the frozen container in half with a knife and easily scoop out your 6 ounces, reserving the rest for later!

Optional add-ins:
An egg white for additional froth
A large chunk of pineapple, and/or liquified coconut oil or flaked coconut
Coconut cream or coconut milk
For a vegan drink or just a change of pace, use almond or coconut milk instead of whole milk

Variations on a theme:
As your fertile imagination has probably already told you, this beverage is amenable to any number of twists and turns, using different strong juices or concentrates.  Why not an apple julius, or a pineapple julius?  Who has anything against a mango-peach julius, or a tomato julius?

OK, maybe not the tomato julius.

Enjoy your drink, and enjoy the sudden popularity you will experience after introducing your new-found skill to your family!

Frothing at the mouth,