When Mr H and I were driving through the grand state of Texas (all 890 miles it took us to get across that Lone Star State), we stopped in a tiny little one-horse town with a population of just a few to get some grub. 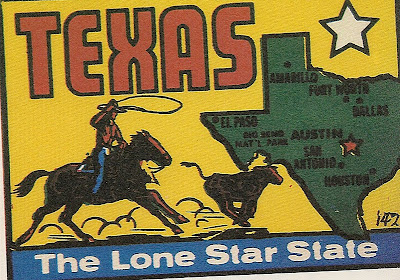 There was one eatin' place in town, and that was the Branding Iron - a large, plank-sided, weather-beaten building with no marked front door.  Was it even open?  Hard to say.  We parked in the dusty lot out front.  There was only one truck already in the parking lot, and as we were getting out of the Kia another truck pulled up.

A tall man in a hunting-camo sweatshirt got out, and we watched to see where he went.  Various windows appeared to be somewhat covered with boards, and through one we could mustily see curtains.  The tall man nodded to us as he passed, and opened a green door on the front of the building and went inside. 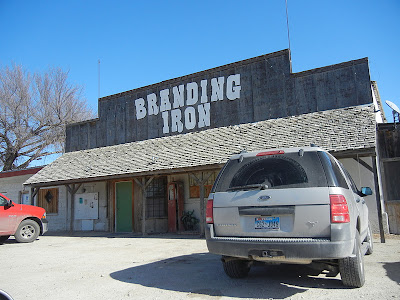 Inside smelled of cigarette smoke, and the large room was partitioned in half with a make-shift board wall.  On the left, we could see a dark, vacant bar with a TV, and a man sitting and smoking while drinking coffee.  To the right, we saw a few tables scattered around the room, some miscellaneous furniture and karaoke equipment stacked and shoved to the sides.  One other couple was already seated, and their eyes followed us as we walked in.

The tall man had sat down at his table of choice, and he saw us standing in the middle of the room.  "Take any table y'like," he said with a drawl.

We sat down at a table in the middle of the room.  The tall man turned towards us.  "Where ya'll from?"

Mr H said we were from Washington State, heading to Florida. 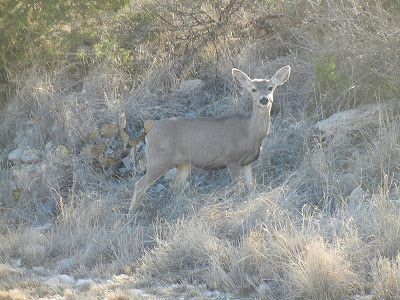 Mr H started to explain that he was in the Navy and had to stop in Southern California on his way, but before the words were barely out of his mouth the man was on his feet marching towards us, hand extended.  "Thank you for your service, son," he said passionately, pumping Mr H's arm firmly.

He returned to his seat, and the conversation continued.  We learned he had served in Vietnam during the war.  He owned a cow-hide shop "up the hill" and sold tanned hides.  Our food arrived shortly and we enjoyed a small bowl of curly fries (twice the size of a large bowl in any other state), sandwiches, pickles, and ice-water. 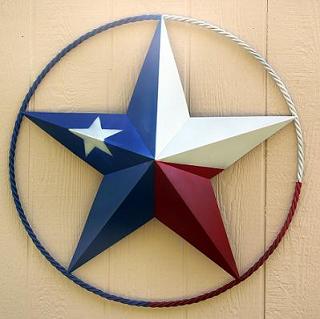 While we were eating and enjoying the fact that we were not in a moving vehicle, two more women and another man came in and joined the tall man at his table.  They all engaged in lively conversation and one lady took a phone call about a dog she was selling.  "Just come up to the gate, I'll be there," she said to the person on the other line.  "Or I kin bring it out to ya. She's about two years old."

After we finished our lunch, we made our way through the maze of tables and abandoned furniture to what seemed to be a sort of a front counter.  Before we even got there, the lady who had been selling the dog over the phone pushed back her chair and half-stood, reaching for Mr H's hand as we passed.  "Thank you for your service, son" she said, vigorously shaking his hand.

At the counter, Mr H asked for the final bill.  The waitress shrugged as she told Mr H, "I was just told no charge.  They'll take care of it."

We turned towards the table where the four Texans were calmly munching on their sandwiches.  Mr H headed over.

The tall man didn't look up from his plate.  "You kids just stay safe," he said quietly. 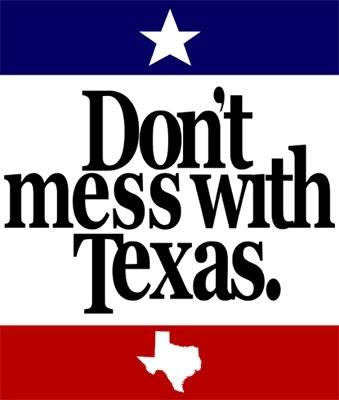