I have friends who have sunk into deep depressions, feeling worthless, useless, like they are garbage.  They state that they are unloved, or they have few friends or little popularity.  They view popular or famous people as having more value, more worth, than them.

I had wondered for years how this could be so.  I knew since I was barely old enough to comprehend, that the value of a human being is not based on how much other people love them, but how much their Heavenly Father loves them.  A human's value, I always reasoned, came from the intrinsic worth their Creator ascribed to them from the beginning.  With this train of thought, I would consider that it mattered not at all what others thought, but only that our Lord looked at us with His unconditional love.

I realized this morning why so many of my friends felt the loneliness and the devaluing so deeply.

These dear friends fight passionately for the rights of women, at the expense of the unborn child.  They have ensured the passage of a law that states that the child in the womb is not viable unless the mother wants it.


And so they determine the value of a life.

Email ThisBlogThis!Share to TwitterShare to FacebookShare to Pinterest
Posted by Mrs. H at 9:51 AM

Thank you to everybody who entered the giveaway for Everyday Happy Herbivore!

The winner is Tanda!  She will receive an e-mail letting her know she won, and I'll get a mailing address from her.  She'll receive the book in the mail along with a few recipe cards from our own Dotal Anecdotes collection!

Thank you again for entering and making these giveaways successful - I couldn't do them without all of you!

Email ThisBlogThis!Share to TwitterShare to FacebookShare to Pinterest
Posted by Mrs. H at 8:00 AM
Labels: books

Whenever you go through a big life experience, there will always be many willing to share their thoughts, opinions, and personal stories.

Pregnancy is certainly no different!

As a first-time expecting mother, I've had many people (strangers, even!) approach me.

"Once you hit three months, you'll blow up like a balloon."

"Once you hit four months, that's when you'll really put on the weight."

"Once you get to the five month mark, you'll just be so sick of all this." 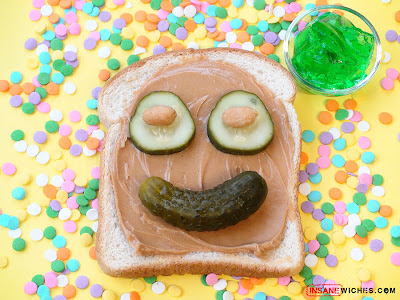 And the favorite, most commonly repeated phrase of all... "Oh ... you haven't felt that yet?  Just you wait."

Why are we so anxious, in our society, to offer cursings over our friends instead of blessings?  Why do we rush to speak death instead of life?  Why do we offer negative pessimism instead of hopeful optimism?

"Oh, you want to deliver naturally?  Trust me, you'll want the drugs."

"Oh, a midwife will be attending?  Listen, my friend had a midwife and this is what happened..." 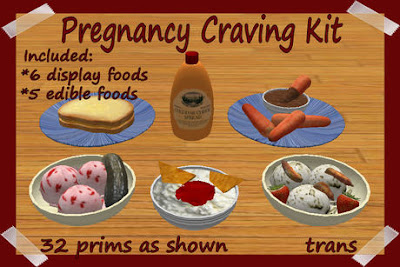 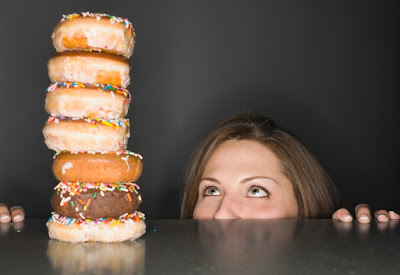 Every pregnancy comes with a unique set of sensations, experiences, feelings, emotions.  These are all beautiful, scary, fun, exciting in their own special way.  Every woman's own individual experience is valuable and precious and should not be downplayed, ignored, or trivialized.


But they are not all the same!

I want to hear stories - I love to hear them, I enjoy them, I could sit and listen to them all day.  But I prefer to hear anecdotes this way: "How wonderful that you are pregnant!  When I was expecting my first, I craved Chinese food - I wanted it every night!  My husband sure got tired of General Tso chicken and fortune cookies."

This is so much more interesting to me than a dire look of gloom, a groan, and, "Trust me, you'll crave Chinese food or fast food or something ... You'll eat it every day!"

Before you speak words over someone's life, whether it be about their upcoming wedding, their trip to the dentist, their pregnancy, their pending labor, their first move across country, their new venture in college or work ... Please, consider wisely the words you are going to share.  Are you going to terrify a kid on their way to get their wisdom teeth pulled?  Maybe you should save that story for after the fact!

Will we offer blessing, encouragement, hope, faith and life?  Or will we speak death, cursing, doom, and tragedy into somebody's life?

Considering my own words today,

Email ThisBlogThis!Share to TwitterShare to FacebookShare to Pinterest
Posted by Mrs. H at 6:00 AM
Labels: Home life, Pregnancy

In Which We Scout for Girl Scouts

Every spring, we herald in the anxiously-awaited and eagerly anticipated arrival of Girl Scout cookies.

Girl Scouts, decked in their little sashes, stand in the doorways of grocery stores and hawk their wares to customers coming out.  It's hard to turn down those big eyes and red noses and pink, ice-cold hands.  At least in the Northwest states, those intrepid little girls have to brave various weathers and snow, even in March!

My personal favorite has to be the thin mints, with my new favorite of tagalongs coming in at a close second.  My husband's preferred drug of choice is the samoas - those might be competing for second place with the tagalongs for me! 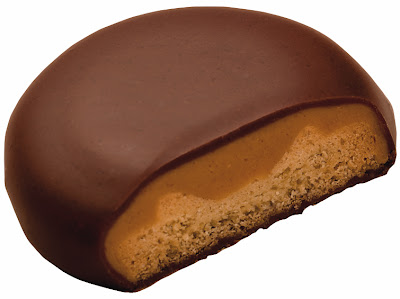 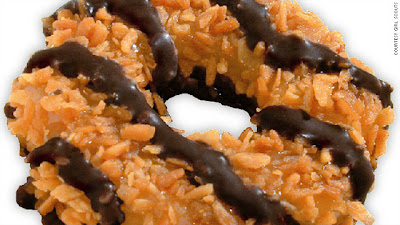 I'm not promoting these cookies as a nutritious, additive-free snack - but I am promoting them as an addictive treat with fond memories from my childhood and the added bonus of raising funds for helping girls in the Scout programs.

At the end of February, my mom and I were sitting on her couch discussing how much we loved those delectable packaged compositions.  I determined that I must absolutely have some that very night!  We couldn't remember when the season started, but in years past my Mom had purchased them for Mr H's birthday in March and she seemed to recall that they were always almost out of season by the time she bought his gift package (last year she bought him a whole case of Samoas!!).  We hadn't yet seen them at any of our local grocery stores, but we called the grocery down the street.  They said they hadn't seen any girls yet but that they were usually there by now.  We went online to the Girl Scout website and looked up, by zip code, which stores near us should have some cookies.

And then we set off on our mission!  We mapped out a large, wiggly circle that would take us by eight stores all purported to have Girl Scout cookies for sale, hoping that at least one of them would have a stand.  One by one we drove into the parking lots, coasted past the entrances and exits, and were disappointed to find nobody standing outside with the carboard boxes of sweet goodness! 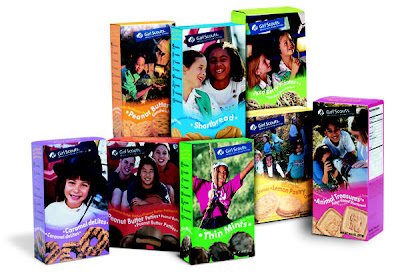 Dusk had fallen, and it was getting dark.  We were less than a mile from home now, our spirits low but our hope still beating timidly as there was one final stop.  Perhaps there would be someone ... perhaps ... perhaps!

Suddenly my Mom cried out, "Look!  Look ahead!"

I looked up.  Hark, what sweet song of joy, what uplifting of formerly cast-down spirit!  Written on the rear window of a black suburban in front of us were the words of angelic hope, of gratification once denied now satisfied.

I pointed a trembling finger.  "Follow that car!" I screamed.

On cue, the G.S. Cookies suburban whipped down a side street, out of sight.  Mom halted, turning on her turn signal to follow.  Three cars in the opposite lane slowly went by, perfectly spaced so she had to wait for all of them.  I craned my neck, trying to see where our Beacon of Hope had gone - and then as the final car passed, a kid with a backpack on slowly started trudging across the street, blocking our path.

"I'm watching them!" I screeched.

Finally we could turn down the street after the disappearing Beacon.  The red tailights sailed over a hill and around a curve as they pushed past the normal speed limit.  My mom drove as fast as the law would allow and I leaned forward in my seat.  "I still got 'em in view!  They took a right!"

We seemed to crawl around the corner just in time to see the black suburban disappear around another corner.  We tailed them deep into the heart of the neighborhood until they turned into a driveway.

Mom hit the brakes.  Engine still running, I tumbled out of the car.  Breathless, I rushed the woman exiting her black suburban with two children in tow.

The young mother seemed surprised, and her husband approached, having just parked their car at the curb.  "Yes, we do!" he said.  "Come inside, come inside!" 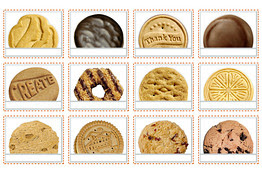 Rejoicing, we parked our car and followed them inside, where we loaded up on boxes of samoas and thin mints and tagalongs.  The little family was more than thrilled to help us out - it was their first year, and they had been nervous they wouldn't be able to sell all the cookies.  Seemed to me they were doing just fine!

Did you grow up with Girl Scout cookies?  Were you yourself a part of Girl Scouts?

Email ThisBlogThis!Share to TwitterShare to FacebookShare to Pinterest
Posted by Mrs. H at 10:40 AM
Labels: fun, Home life

Here's a poll for ya!

Dear quizzical readers, with so many answers and so many thoughts and so much to say,

I love the polls on the blog!  (Look to the upper right-hand corner of the sidebar!)  In my files, I have a list of questions lined up and ready to fire at you ... and I am always so excited to see what you say.

Here's a fun one, though - what would you like to see a poll about? 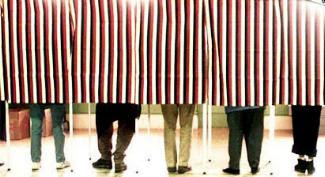 Post your question idea here, and if it's appropriate for our audience you'll see it appear on the blog poll!  If you have suggestions for answer options for your question (since our polls are "select the option" style), write those, too!