Because Getting Up Early is Not Fun

I love being up early. I love the freshness of the morning, the peacefulness that prevails when only a few other souls are out and about; I love accomplishing major tasks before the sun even rises, I love SEEING the sun rise, and I deeply enjoy the general good feeling that seems to bless me when I rise up early.

I do not like getting up. I do not like trying to drag myself out from under the heavy, soft, warm blankets that are swathed about me. I do not like the racous and irreverent screech of my phone alarm. I do not appreciate the cold blast of air that hits me when I venture from under the covers. It is not pleasing to me when the laser beam of a light is flicked on and my pupils shrink so fast it gives me a headache.

Every other morning, I attend a "master swim" class at the YMCA at 5:00. This necessitates a 4:00 AM wake-up. I know few others who are up at this hour (Heather...), and the only comfort to me is that they, too, are miserably beginning the process of emerging from the cocoon of sleep, and out into the harsh and unforgiving morn.

Is that how a baby feels when it is born, I thought? Leave me in here, I am so cozy, so warm! But really, you can only be there, in bed, in the womb, for so long before it becomes unhealthy. Your life really can only progress so far, you can only accomplish so much, you can only grow to a certain extent. You need that time of respite, of recovery, of growth, but you need the cold morning to wake you up and get you moving, too. You need the stern decision that you WILL do something with your life, that you ARE going somewhere, that you CAN achieve your goals for the day.

The wisest sage who ever lived, King Solomon, addressed this common problem directly in the Sixth Proverb:

How long will you lie there, you sluggard?
When will you get up from your sleep?

10 A little sleep, a little slumber,
a little folding of the hands to rest-

Do not lie abed too long and do not mourn the coming of dawn, 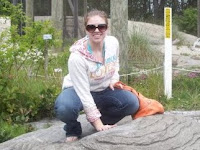 dear friends, for life waits for no man and it will surely pass you by!

Who Roasts Chestnuts On an Open Fire, Anyway?

Fall has only just arrived, but I can barely contain myself with the thought of Thanksgiving, Christmas, and all of the glorious winter-related joys - including the delicious foods that come with the season!

Leave us a comment describing your favorite Christmastime food (or maybe a couple favorites!). 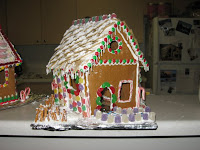 Idle Hands Are the Devil's Workshop, So Why Not Build a Church While You're Laid Off to Annoy the Devil?

Let me tell you how to shake up a boring afternoon. Hint: it might include a visit to your local nursing home. Surprised? Read on.

Note: It really has very little to do with the title of this blog.

Between school quarters, I had some spare time (hence the Idle Hands allusion, and the end of our connection with said title) and availed myself of the opportunity to drive up to my maternal grandmother's house in Marysville. I've called her "Grandma Oregon" my entire life because she lived in Oregon when I was growing up, and somehow we started calling her that - who knows why ... it's irrelevant.

"I sure was ornery back then," Grandma Oregon said. She chuckled as she remembered her orneriness. "I was riding a bike with my friend, I think I was on the handlebars. She was going on and on about the Catholics, how awful they were, when I just up and said, 'I'm Catholic!' She sure hushed up right then! Then I told her, 'No, I'm not Catholic, I'm Christian,' he he!" My ornery little grandma laughed. I loved it.

She went on: "I always went to those prank stores, you know. I bought one of those cushions... Oh, but I'm getting ahead of myself! A salesman came to the door once, I don't know if he was the Fuller Brush man or an insurance salesman - I think he was an insurance salesman [note the irrelevant, but realistic fact]. Anyway, he knocked and I said, 'Come in if your nose is clean!' And I had put one of those cushions, you know, the kind you blow, they go Pthhh!! I put one on the couch and he sat down on it, and PGHTPHBLPPPP!!! His face got so red!! He was so embarrassed!" She could hardly continue on she was laughing so hard. "Bernice, my older sister was so angry, but he was so embarrassed!"

It took a moment to recover from the memory, and she continued: "I got one of those cups, it looks like crystal with a pattern on it; but in the pattern there is a tiny hole. I served some wine or something, oh and I was old enough to know better! They got it all over themselves and they were so angry, they said 'This is a new shirt!'"

She recalled a moment of humor with my older cousin, Chris. "When Christopher was just a little kid, he hid those jelly snakes (you know, the candy ones), in between the tissues in my box of Kleenex. I was dusting one day, I dusted just one room a day you know, and I must have been going to sneeze because I reached for a tissue and I felt something there and I just jumped!! I called Christopher and said, 'I found a jelly snake in my Kleenex!' He just said-" and her voice got very serious, "'I wondered when you were going to find those.'" 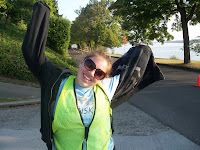 Who knows what you'll learn?

Email ThisBlogThis!Share to TwitterShare to FacebookShare to Pinterest
Posted by Mrs. H at 3:44 PM
Idle Hands Are the Devil's Workshop, So Why Not Build a Church While You're Laid Off to Annoy the Devil?
2009-10-19T15:44:00-07:00
Mrs. H
Home life|
Comments
Labels: Home life

With Her Tail Cut Short & Her Ears Cut Long...

Oh where, oh where can she be?

Mrs. H has been studying - and studying a lot!

As you may have noticed, my technical skills (!) are such that I have learned how to allow Facebook to automatically update when I post a new blog. Isn't that amazing? This is the space age, my friends, and if we can put a man on the moon, only think the wonderous intricacies that our online networks can encompass.

You may have also noticed that I have been remiss in keeping you current on the whimsies of life. This is primarily due to two things: (1) My education, (2) the allure of two new seasons of The Office being posted to Netflix.

You may sympathize with me on the latter point.

Mr. H is watching the football game and simultaneously napping (many of you wives may be familiar with this manly ritual), and I must move on from the glorious realm of blogging and Facebook, to completing my study guide for a Research Methods in Psychology class tomorrow afternoon. 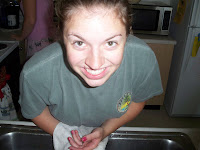 Yours truly until Michael Scott returns to the glowing screen,