The Essence of the Extract

Dear fans of potato water as a preservative,

(and I don't mean by pickling your liver).  Vodka is very useful for preserving things as well as creating extracts and essences for cooking. 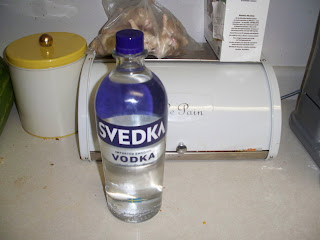 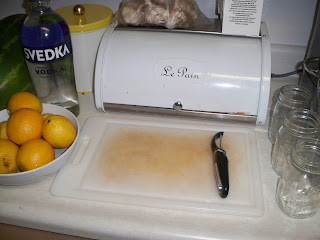 Ginger Extract: After making ginger ice cream as described in a recent post, I had some leftover ginger-root.  To preserve it and simultaneously make a ginger extract that I can use in cooking, I peeled the ginger and cut it into thin slices.  I put it into pint jars and covered it with vodka.  This can be stored in the refrigerator or in a cool storage closet for some time.  The vodka will be sufficiently ginger-infused after 2 - 3 weeks for use in cooking. 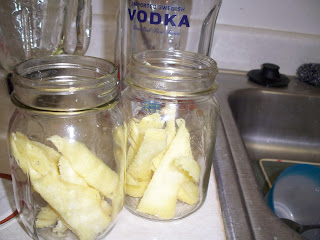 Lemon Extract: Wash and scrub an organic lemon or two and peel off the yellow outer skin - avoid the bitter white pith underneath. 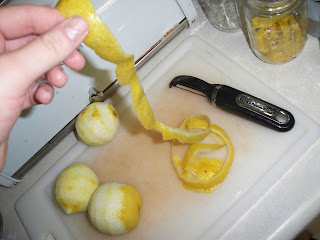 Put the peel in a pint jar and cover with vodka.  It should be ready for use in about 2 weeks.  Add more vodka and peel as you wish to keep the jar full.  I've had mine in a cupboard since early September and it still smells as fresh as the day I put it in. 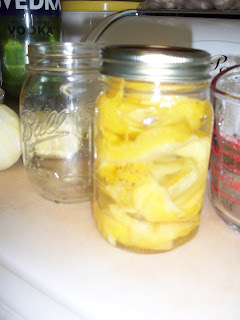 Orange Extract: The same instructions apply for orange as for lemon, except feel free to use half water and half vodka.  Everywhere I look it suggests this half-and-half ratio but I cannot find a reason for it; I tried a jar of just vodka and a jar of half water-half vodka and can't discern a difference.  So, in the end it might just be a money-saving tip.  Let me know if you have any challenges or if you know why this may be! 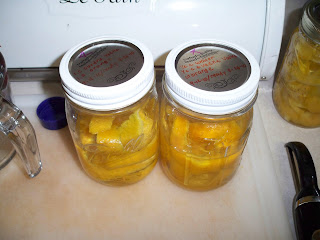 Vanilla Extract:  To start with, don't buy your beans at the grocery store unless you are desperate and/or don't need all that excess cash floating around.  You can buy excellent beans in bulk from Beanilla.  If you don't know which flavor of bean you prefer (Madagascar is the most commonly used in grocery store cooking extracts), I suggest the inexpensive 8-variety/3-of-each sampler package.

There are of course a wide variety of ways to make vanilla extract, but I will give you the simple recipe that I followed.

Split the bean in half lengthwise using a sharp knife. 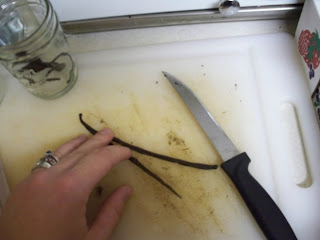 Pack it into an 8-oz jar (you may need to cut it in half widthwise to make it fit, or just cram it like I did).  Fill the jar with vodka and put a tight lid on it. 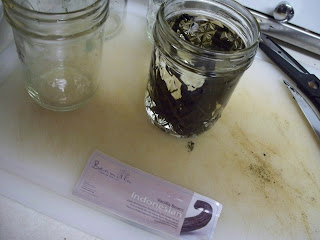 Be sure to label it well so you know which variety of bean you used!  Let sit for 6 months before using - shake often!  I've heard that you can keep topping off the vanilla extract with more vodka after using it, but I haven't tried that yet.


With all of these extracts, I recommend picking up the jar and shaking it occasionally (or make things simple and do like I did and just move across town, so that it gets tossed in the back of a truck and jostled around for a while!). 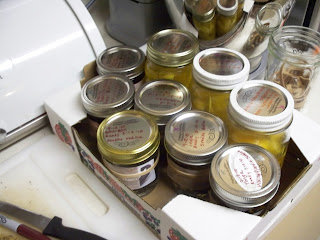 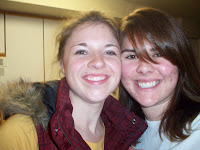 Keep the jars in a dark and cool place.