Monday Menu with Many Smoothies and Vegan!

One of my dear friends, whom I've known for almost two decades, flew in to town the same day that Mr H left again with the Navy.  She eats vegan, so our menus for the next two weeks will reflect that!

Noms This Week
I wish I could do a detox and a cleanse, but it is unsafe to do so while breastfeeding (the baby will be noshing all the toxins!).  So I've been compromising and enjoying lots of vegetation smoothies!

Genmaicha  |  A relaxing tea and rice dish for settling and soothing the stomach.

Le Belle Verte Smoothie  |  A delicious, sweet green smoothie.  We made super-food shots to boost our nutrition levels - more on that later this month! 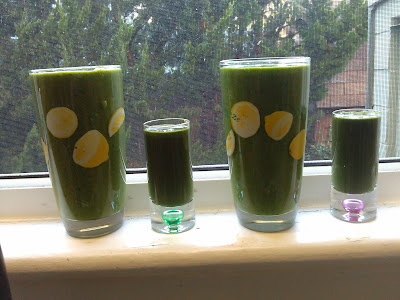 Jasmine Green Tea and Raw Nuts  |  Mixed almonds, walnuts and cashews (raw, unsalted) make a nice snack for going on a walk, along with a mug of hot tea to stave off the cool breeze! 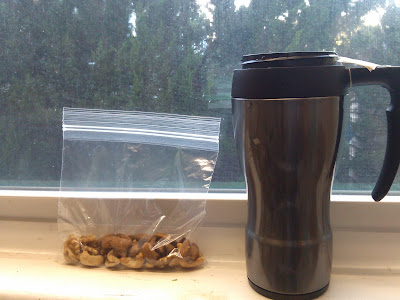 Sandy Debris Chocolate Chunk Treat  |  After an evening of yoga, we settled down with a few of these chunky treats.  I especially love them with tea or coffee! 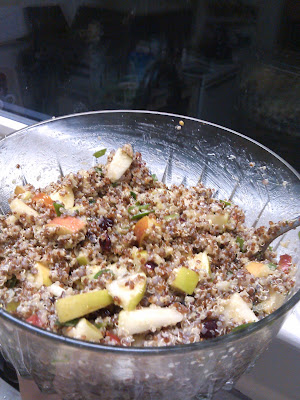 Orange Julius  |  After tasting this blended drink, my friend Joanna proclaimed she desired to marry me.  Stay tuned for the recipe, schedule to show up this month - it is dazzlingly, wildly delicious.  An imitation orange julius, but NO sugar! 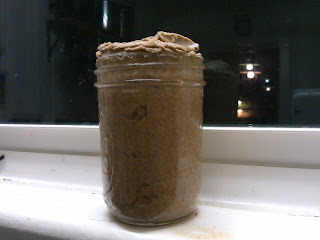 Oatmeal  |  I love oatmeal ... We added crispy dried pears, crumbled to the boiling water before adding the oatmeal (I learned this trick from my mom).  To serve, we stirred in craisins, bee pollen, a little honey, and coconut-almond milk. 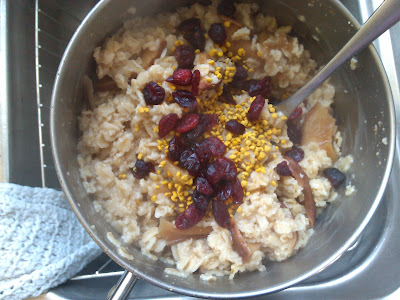 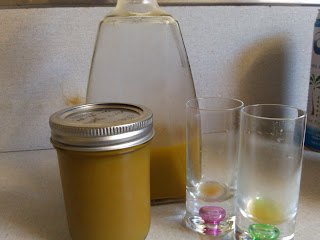 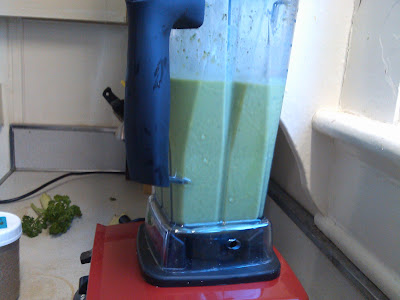 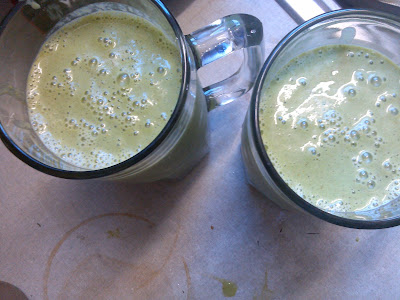 Almond Butter  |  We made a delicious batch of almond butter using this outstanding book. 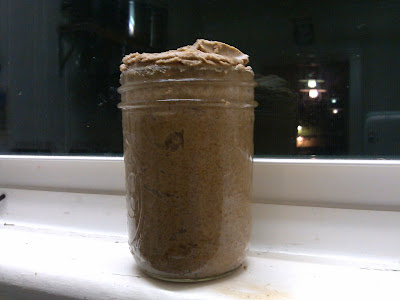 Crop Circles
Come into my garden and ... help me weed!

Cockroaches  |  These nasty critters have been invading our house as the cold sets in.  Fortunately, I am a bit braver than I used to be!  I was in the kitchen when I heard an anxious voice behind me say, "I think I saw a cockroach!"  Joanna was sitting on a chair in the dining room with her feet pulled up underneath her, pointing towards a stack of jarred food.  Sure enough - a big daddy cockroach.  I chased him down, squashed him and removed the evidence.  "I have to confess," she said, "That I sort of thought you were exaggerating a bit ... about how big they were, and - now I see you weren't!"  We had to laugh over it because I have always been the wimp of the two of us, and she the bold intrepid one.  For once, my nerves were growing steely!

Kale  |  Still somewhat stunted, as it tried to recover from the drowning it received from our guest, Sandy.  But, it is alive!!!