In Which the Road Trips Never Cease!

The last time we talked, I was in Illinois.  Several states have gone by ...

Mr H was given orders to California, so he got on a plane and left the lovely Land of Lincoln.  He went with another seaman, whose wife, the intrepid islander Mrs T, had been staying in the hotel on base with me.

The intrepid Mrs T, whom I shall call Seafoam for now, and I loaded all of our belongings into my little Kia with the help of the mysterious Mrs S.  I wouldn't let Mrs S carry anything heavy because - yes - she is expecting!  This bit of news sent us wives a-fluttering and now we are all anxiously awaiting news of the little package.

Our husbands flew out by eleven in the morning on a bright, sunny day, and Seafoam and I hopped into the car moments later and got outta Dodge.  We left behind the original Mrs P, who remained in the hotel for a few more days before returning to Iowa, and the mysterious Mrs S, who lives off-base and will still be in Illinois for another year while her husband goes to school there.


We had an urgent first stop as we left Illinois and entered Wisconsin, pulling into the Jelly Belly warehouse less than an hour after leaving Chicagoland.  Trust me, it was urgent, and it was necessary!  How could we go on without our elixir vitae!?

We had a good day driving, getting texts and phone calls from our husbands as they landed from their various flights in Dallas and California (they were on different planes, with different layovers).  The bubbly Seafoam is an unending wealth of witticisms and mischief, so she kept me thoroughly entertained as we stopped for gas, burgers, gas again, who knows how many times we stopped for gas, and then finally rolled into Mitchell, South Dakota for the night.  Although we weren't necessarily tired yet, I didn't want to blow through Bismark in the night for two reasons:  for one, I wanted her to see the Corn Palace in the morning light.  For two, there isn't much of anything after Mitchell for another two hundred miles!  I've made this trip with family many times before, and my memories of the Dakotas primarily consist of rolling grassland, Presidential faces in stone, and more rolling grassland.  These memories have been thoroughly confirmed.

My dad insisted that we stop for the night at a hotel, not some random rest area, and paid for the hotel himself.  Thanks, Dad!


We left in the morning after a solid night's rest, ready to hit some tourist sites.  I had a list of places I wanted to nail down in South Dakota, starting with the Corn Palace.  (I know, you're probably surprised there are any sites in SD at all, but I promise you there are some good ones - including one of my very favorite National Parks!) 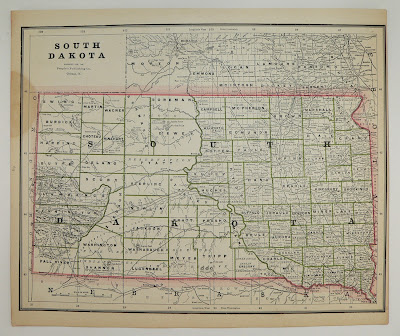 We drove a few blocks across town to the Corn Palace and parked across the street, rolling down the window to take a few pictures in the fresh, crisp sunlight.  As we snapped shots and sipped coffee from the continental breakfast at the hotel, the sound of high-pitched howling broke into our peaceful moment. 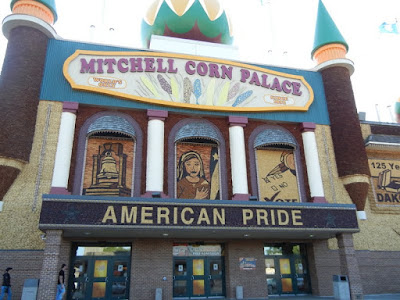 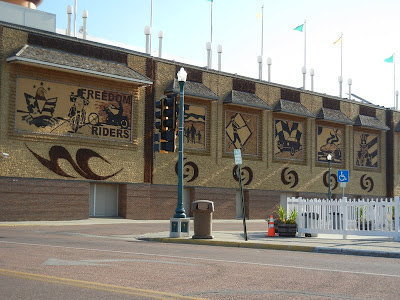 No, it was not the Arikara war cry we heard screeching through the air.  It was a boy of about seven years old, his fair hair long and curling to his shoulders, wearing a loose blue t-shirt and casual long shorts.  His dad was trying to soothe him but the boy would not be soothed, shaking with sobs and roaring to the sky.

"She was just a mean old lady!" he gasped, his skinny chest heaving with puerile indignation.  He was standing beside our car as his mom and sister stood in the street (don't worry, there aren't many cars in South Dakota) waiting for the drama to unfold.  "She - she walked past us outside the store, and she said," he had to inhale through his tears before he could articulate the bitter words of injustice, "she said hi girls," his voice rose to a scream, "and I'm not a girl!"

Seafoam and I stuffed our fists in our faces to muffle our laughter as the tragic quartet passed in front of us, the boy utterly grieved by his humiliating experience, still wailing like a soprano banshee.

We had a long way to drive, and several more states to eat up before we made it to the Pacific Northwest where we would R and R for a few days, repack the car, wash laundry, visit with family, and head down to California. No time to mourn gender misidentity, we fired up the engine and started off down I-90, heading west ... 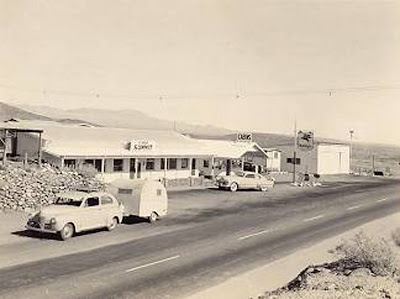 But what happened in Wyoming that almost kept us from reaching our destination in time? I can hardly bring myself to tell you ...

Email ThisBlogThis!Share to TwitterShare to FacebookShare to Pinterest
Posted by Mrs. H at 6:32 AM
Labels: fun, Home life, Navy, travel