To the migrating and traveling and those that wish they were,

After a few days in Washington, fellow military wife Seafoam and I set our sights on lands more southern and climes more warmern. 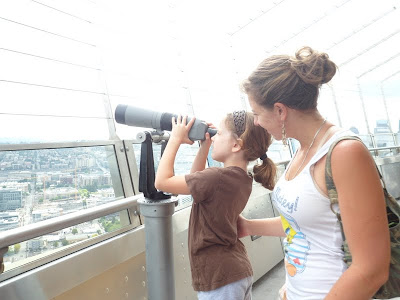 We were heading to California!

Our travels to the Eureka State were significantly less eventful than our last trip.  With less than 1,500 miles to our goal, this was going to be a straight stretch.  With our schedules most happily cramped by our respective husbands' request for our presence, we had to rush to get everything done that had to be done, and all of our belongings packed and ready to go.  With the gracious help of family, we finished prepping for the trip by 10:30 on Friday morning.  They saw us off on our way, my mom including several sealed packages of chocolate chip cookies for the seamen and a Handy Dandy Travel Bag of Chocolatey Goodness for the wives ... We jumped in the car with bowls of rice on our lap for breakfast, and a container of chopped watermelon from my cousin, the Mamakawa.  Yum!


I didn't have a map out - for the first part of the trip, we'd be going through several hundred miles of familiar backyard territory, and I wouldn't need pointers until we started looking for a hotel for that night.

Yes - again, we had been bribed by my parents with Hotel Cash to stay the night somewhere Safe and Sound ... Thanks, folks!

"I don't care if you just stop and shower, or take a nap and then get back on the road," my mom said, "as long as you stop!" 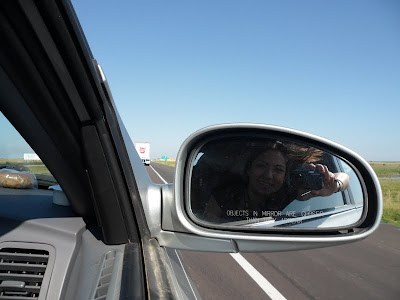 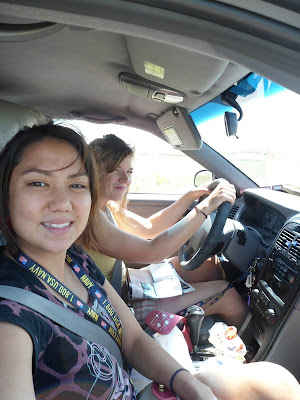 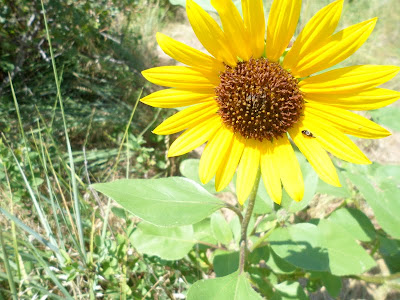 We made pretty good time and chewed up six hundred miles, going through Washington and Oregon and into California with gas and restroom stops few and far between.  At the California border, we chuckled at the green sign along the road that modestly announced it was 796 miles to the border of California/Mexico. This is no small state.  We crossed the mountains in the Shasta-Trinity National Forest and arrived in Redding, California around 10:00 PM, stopping for gas and a few Starbucks double-shots. 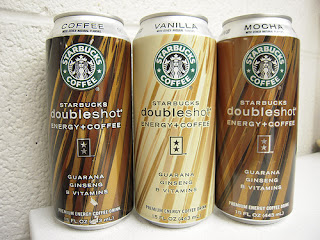 We had Sacramento in our sights for nightfall, and by the glowing light of the sun-visor-mirror lamp, we glanced over the map and started thinking about where we would stay the night.  At first we considered Dunnigan, a town roughly five hundred miles from our ultimate destination, and just north of Sacramento ... but then I realized we'd have to drive through SacTown traffic first thing in the morning, and waste several precious hours.  I proposed we find a place just south of the City of Trees to save us the trouble of traffic - fortunately, unlike with our Wyoming experience, we were able to find a hotel with cheap rates just south enough of the main city to avoid traffic snarls.

We whizzed through Sacramento at night and arrived at our hotel at 115 in the morning.  We put a little over eight hundred miles in the books and were only four hundred and seventy miles from the end of the road.  We checked in, hit the sack for a few hours, and in the morning we showered and left by 6:45 AM.  Of course, before we got on the road I had to feed the one and only pet I am allowed for now - my sourdough starter, donated to the cause courtesy of Miz Carmen - friend and kitchen extraordinaire!

We had to take a detour before Bakersfield and got back on the interstate just before Ventura County.  We climbed Sawtooth Mountain with relatively little traffic, but that wasn't to last long.  Whereas on our last trip we could drive for hours and hardly see another car, once we hit the outskirts of Santa Clarita we were welcomed by a flood of hot, metallic traffic.

Even great sixteen-lane highways cannot capacitate the overflow of mechanized travel in the great city of Los Angeles - and don't be deceived by the name!  There were few angels to be seen, unless they were fallen ones!  Drivers here are cutthroat - a double-edged knife that perpetuates itself into necessity because, unless you also learn to drive with little regard for life and limb, you won't even make it out of the driveway.

We made one stop in Los Angeles at Seafoam's auntie's house, and unloaded a few things from the car to make room for husbands.  I fell asleep on the dining room floor for a few minutes (I know, what happened, right?!) and then we sucked it up and got back on the road to travel another two and a half hours south (our drive, which should have taken half that time, was heavily impeded by fellow travelers!).

We greeted our husbands with joy and spent a happy weekend with them, driving back up to LA on Monday to stay with IncrediMom and the family during the week.

But why, you ask, is she called IncrediMom?

She is still reeling from the answer ...

Rice Three Ways
Sometimes we make these simple meals from a pot of rice that we cook in the morning and work through all day.  Usually, the rice is made up of a mixture of half brown, half white; but of course, whatever is convenient or preferable to you will work perfectly.

Cook rice according to package directions, or in a rice cooker.  Always rinse rice at least three times with cool water before cooking.

Breakfast:
Fill your bowl with hot rice.  Sprinkle with a tiny bit of white sugar, or to taste; pour in cold milk (cow's, almond, soy, or otherwise) as you would with cereal.  Buongusto!


Lunch:
Fill your bowl with hot rice.  Sprinkle to taste with a selection of the following - all, or just a few: shoyu

, and if you wish, coarse sea salt or garlic salt.  Cram a pile of tortilla chips into the rice; generously spoon chunky salsa over the top.  Bon appetit! 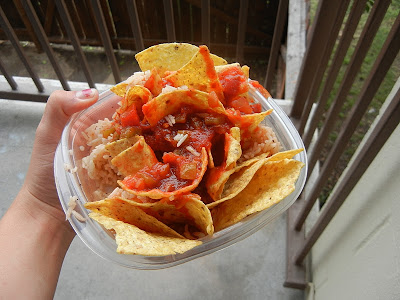 Dinner:
Make the seasoned rice we just had above.  Cook a piece of meat and place it on top (optional).  Coarsely chop onions, bell peppers, and green beans; saute in olive oil and shoyu.  Serve on the side or over the rice.  Enjoy!